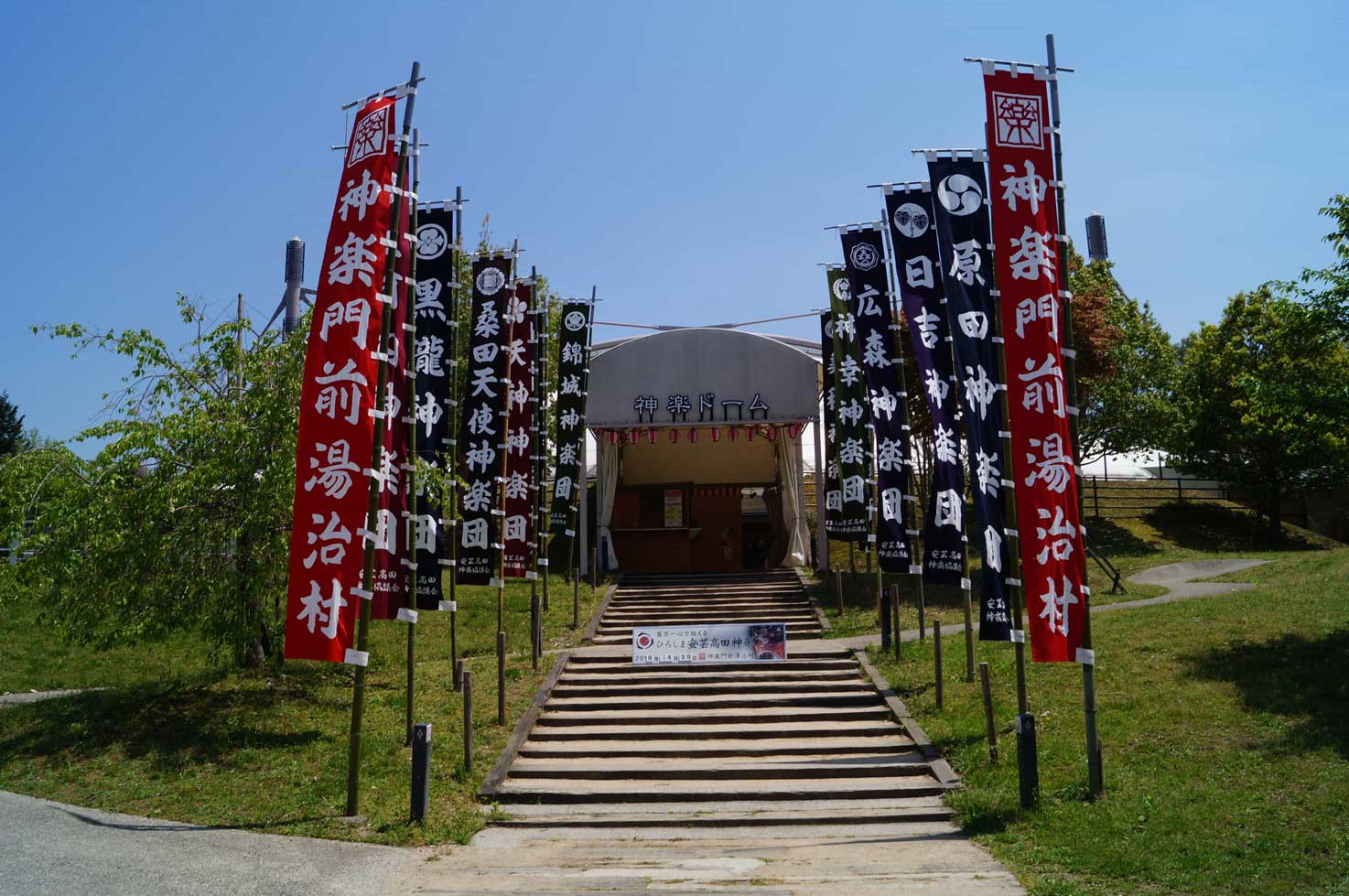 Hi, I’m the host of THE EVERGREEN HOSTEL, Hazuki!

I asked Yuka to drive me around again! (I took my drivers license after I came to here, but have only driven once…)

＊Yuka and I used to belong to the same team at the university, and she’s been in Hiroshima for 3 years now for business. She says “Now that I live in Hiroshima, I’ll travel all the major spots in the Chugoku region!” and is travelling around every weekend with her beloved DEMIO by Mazda. Ask her for all the best restaurants in the region!

The place we were going today is so secret that its even not so known even to the locals in Hiroshima.I really love going to these secret places!! 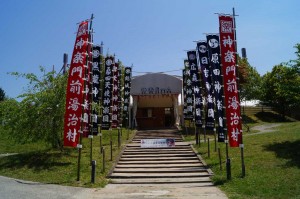 Its a village!! Village!!! (Mura in Japanese means a small and traditional type of village.) Its like I’ve come suddenly come back to the Japan in my childhood.You’re born and grown up in the urban area!? …Don’t think, FEEL!!! Its a wonderful place here. 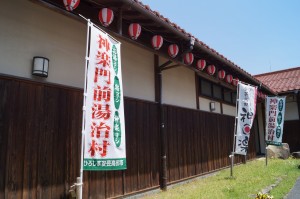 To tell the truth, I missed the Kagura on this trip…I’ll upload some movies when I get a chance to visit this place again. 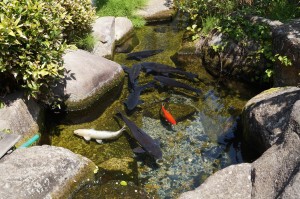 The catchphrase of this village is really getting the point, “First time, but good old days”. It’s not such a big place, so without the Kagura, you can visit almost everywhere in a short time.Relaxing in the onsen, eating traditional meals is really nice. Even the carp in the pond makes me feel very relaxed, they look beautiful!! 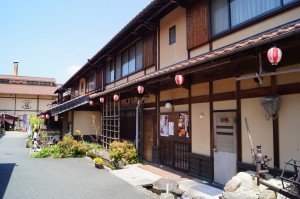 The pictures taken in this good weather makes me a professional photographer! 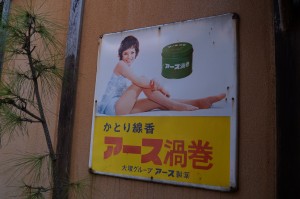 The ads from the old days look nice too!

Kagura is traditional Japanese dance & music to pray to the gods in the myths.In the old days dancing the Kagura was only allowed to the Kannushi(heir of the shrine), but now a days it is allowed to anyone.

Hiroshima is an area famous for Kagura in Japan,and there are around 300 Kagura groups in the region.Actually I had seen “no play” in shrines, but never Kagura when I was in Tokyo.It was quite a surprised when I saw Kagura at the festival of the shrine for the first time.I was surprised to see small kids cheering on the front row friendly at the Kagura,and the fact that various generations of people coming to see the Kagura. Nowadays Kagura is not only a special event but something widespread to the people in Hiroshima.

The secret of Kagura being loved by wide range of generation, the system of the show, such as simple story for everyone to understand,and the flashing fireworks that keep us focused!!

(The historical change of the Kagura is shown in detail at the museum,but the Kagura must have changed its shape from a religious event to an amusement for the majority as the time passed). 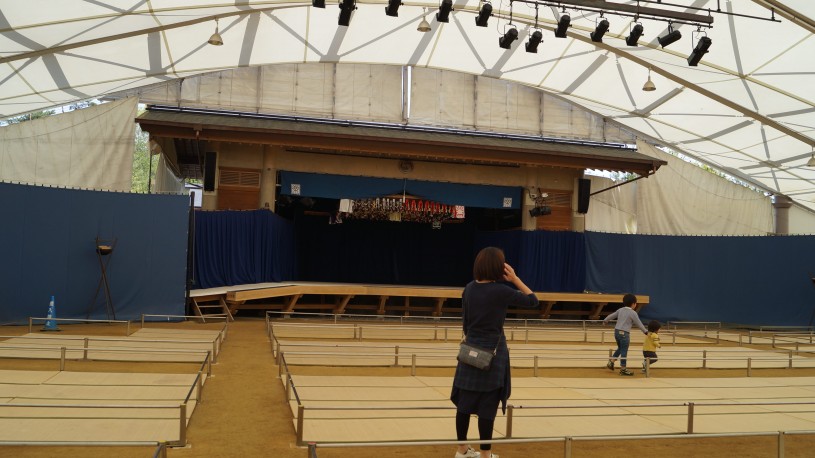 Dome for Kagura in Kagura Onsen Touji Mura. Its soooooooo big!!
It says it has 3000 seats, which Yuka and I was quite doubtful for it to be full of people.There seems to be a big show on 5/28 so we have to check it out!!At least pre-sale box seat was quite expensive for sure.

Kagura! Onsen! Japanese Heart! Kagura Monzen Touji Mura is the best place to find it all!