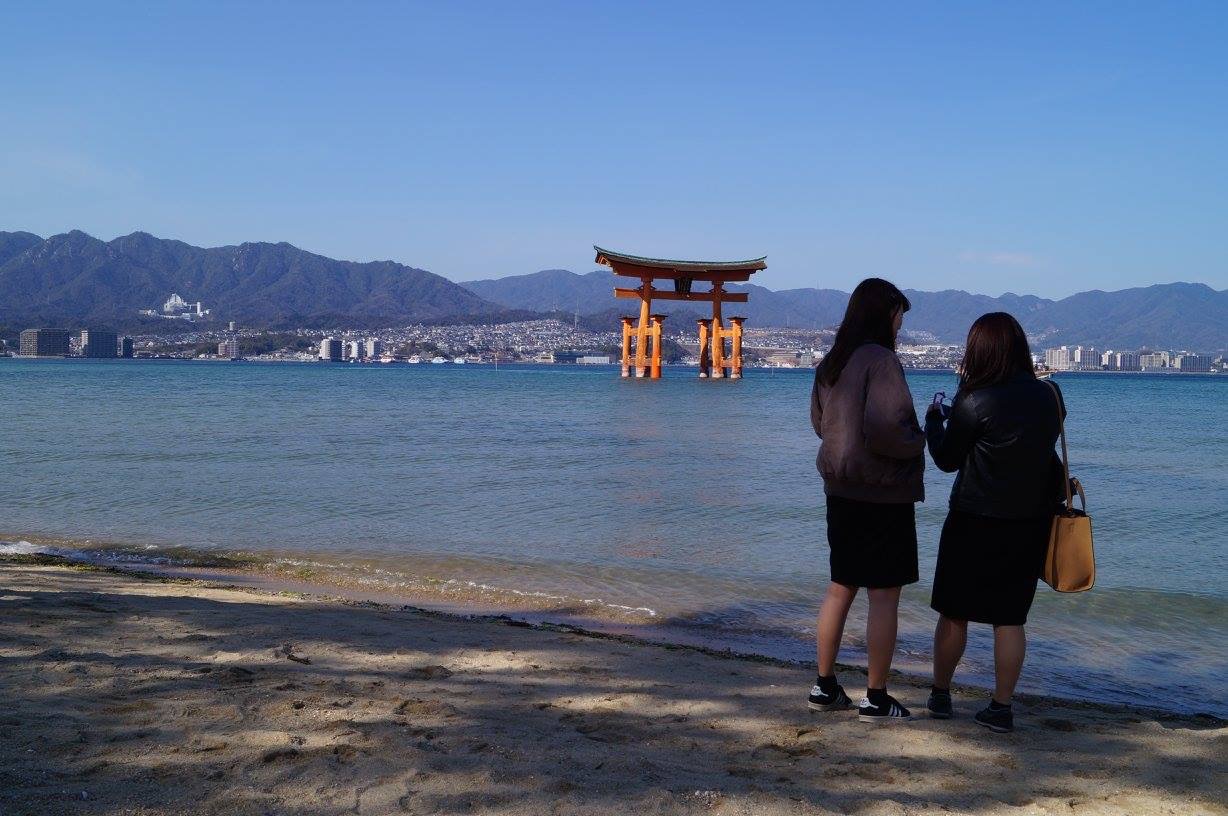 February
22
Hazz
Culture, Tourism in Hiroshima
Comments Off on 6 Things to do in Hiroshima

I have been in Hiroshima for over a month so everyday I see new travelers in the hostel and is common to hear from them that there is not much to do or see in Hiroshima so I decided to write about the things to do while visiting this thriving city for a short time.

Hiroshima, 広島市, the world famous city know by the A-bomb, has become a symbol of peace in the modern world and in spite of the total destruction of the city there is an atmosphere of serenity and tranquility around the epicenter of the bomb and the Miyajima Island.

Hiroshima Castle
The history of the city can be tracked back to the 14th century in the Sengoku period while the castle was build, and then reconstructed after the catastrophe, the castle was build even before there was a city here by Mōri Terumoto a Japanese Daymiō or feudal lord and can be considered the founder of Hiroshima.

The modern replica of the castle, even if its chiefly the main tower and made of concrete, still gives you the impression and idea of how things were back on its time, how a powerful Daymiō could be owning so many fields of rice and controlling a large area of land.

Genbaku Dome
After the castle you can head south to the Dome and wait, don’t think about just seeing it, that is is just not enough, most of the days during the morning and midday there are some ladies and seniors or even young people willing to explain you what happened there. In my case I had the luck to meet Yamaoka Michiko a young lady that her mother was a survivor of the A-bomb but not her aunt, and stayed chatting with her for almost an hour, the people there is not interested on making money from the tours in fact is free but they want to spread the history of what happened and with that creating consciousness about the danger of having atomic bombs in the world. If you see them and have the time stay there for a while, listen to them, some people say they travel because of the people, this is one of the best places where you can meet local people and chat with them.

Peace Memorial Park
While traveling in a city there should be time to just walk and see the scenery, is not a wonderful park with huge trees or a lot of spots but I can say that every time I go for a walk there is something new for me or something happening. The now park was a busy commercial and residential district in the city, after the bomb they decide to commemorate the memory of the direct and indirect victims, with really peaceful gardens it is worthy to walk around it and look for what you find interesting.

Some things to see in the park are the Kimono shop or rest house, the Children’s Peace Monument, the Memorial Cenotaph, the Peace Flame, the Bells I have only found two out of the three, one in the Children’s Peace Monument and big one near Aioi bridge, I still have to look for the third one, the Mound that have over 70,000 unidentified victims of the bomb bodies ashes, the Memorial for the Korean victims, the Gates of Pieces, and about 50 other monuments and things to look at like the next one.
Is nice to just walk by but is way nicer to really appreciate what you are seeing, it is a park full of art and memorials that maybe if you just walk you saw a metal tower with a watch on it but as the web page says: “This Clock Tower displays panels with numbers and cogwheels. The first panel indicates the number of days since the A-bomb was dropped on Hiroshima. The Iower panel indicates the number of days since the last nuclear test. When a nuclear test is conducted, the number of days will be reset to zero to enhance the strength of the protest from Hiroshima.”
Peace watch tower

Also I found really interesting that some days walking trough the peace memorial you can see students recollecting signs of visitors with the purpose of sending them to the UN secretary and hoping for the total elimination of Nuclear weapons by 2020 and in a way achieving world peace, seems hard and is only 3 years from now but I wish this could be true.

Hiroshima Peace memorial museum
just in the park you will find the Peace memorial museum, at the beginning few years after the bomb was dropped there was only a small display room for reference and information, there were two buildings with the Memorial Hall and the Peace memorial Museum but after the time passed both of them merge to form the “Hiroshima Peace Memorial Museum” being designated in 2006 as an important cultural asset of Japan.
In the Main Building you can learn about the Atomic bombs effects and how the heat ray and the radiation affects and in the East building about the history of Hiroshima city, before and after the day the bomb was dropped and you can see items from that horrendous moment.

Shukkei-en garden
Maybe in your trip by Japan you already visit so many temples and shrines but one thing I never get tired of are gardens, the way Japanese architects fill out all the spaces, the serenity you can find between nature and human made, its worthy the 260 yen fee for adults and have the same time table as the castle. Although the Shukkei-en garden is not one of the most famous in Japan and neither is a huge garden it gives you the impression of being way bigger due to its combination between the poyunds and the mountains behind, and every month they have different ceremonies according to whats happening in the nature or society, plum, peach and cherry blossoms in February, March and April respectively, moon tea ceremony in September, and some festivals like Rice planting.

Miyajima is one of the most famous spots in the whole Japan and incredibly some people does not know they are so close to it and it takes only a day trip or if in a hurry half a day trip. You can get there by the street car line No. 2 heading East until the last station, then take the ferry.

Just as soon as you walk out of the port some deers will greet you and try to sneak and eat whatever you have on you, specially attracted to paper, please don’t feed them with trash. Then you will see the town and shopping streets full of souvenirs and nice food and just after that there is the Tori Gate and the Shrine.
I recommend you to go to the Daisho-in Temple on your way up the Mt. Misen, it is a really nice and peaceful temple full of small and interesting spots, like the Jinzos for lost children or the 500 Rakan statues. After that you can continue going up and it will take you between one to two hours going up depending no your pace, near the top you can see the Eternal flame that has been burning for over 1200 years.
Tips:
Check the weather before going there, if the weather is not so good you could wait for the next day to go there.
If possible bring a bottle of water, tea you can save some money on that.
Check if there are any events on that day, often the temples have ceremonies or festivals.