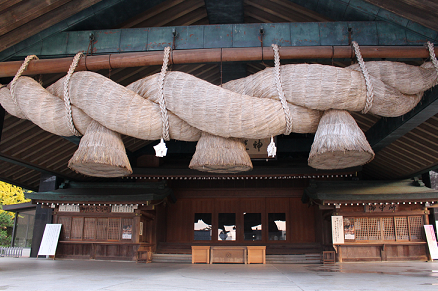 We visited Izumo Taisha one day after we did sightseeing in Matsue. Visiting Izumo Taisha was the main purpose of this trip.
It was within a 10-minute walk to the approach to the shrine from the inn we stayed at. Izumo Taisha opens its gate at 6:30 am. We decided to visit there in the early morning because there are few people. 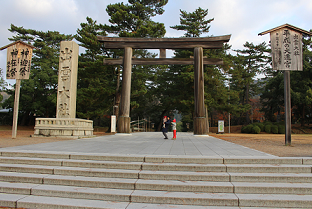 It was the coldest season of the year. I don’t know if that’s why, but we didn’t have much chance to see people. After we worshipped at the shrine, we took a little walk around the grounds of the shrine. There were a lot more people by the time we were taking a walk. 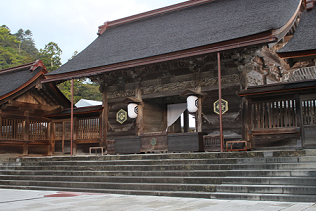 I personally see the approach to a shrine is uphill. However, the approach at Izumo Taisha is downhill.
I searched online and found out that it’s very unusual in the shrines in Japan. It was very easy to walk down the stone-paved approach. 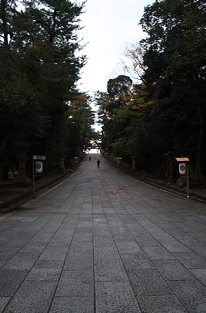 It was sunny the day we visited Izumo Taisha.
It rained the day before…. I heard the rain brings good fortune at Izumo Taisha. The reason is because the deities come to Izumo Taisha riding on the clouds.
It was my first time to see a huge sacred straw rope (shimenawa), which I saw in the media many times.

Wow, it’s amazing that people still make it by the hands. How long does it take to make it? I worried unnecessarily about the people who make it. This was because adults usually don’t have sticky hands and their hands must be rough…. I appreciate their dedication.
The air of the grounds of the shrine was crisper and fresher than usual. This was because it was early in the morning. 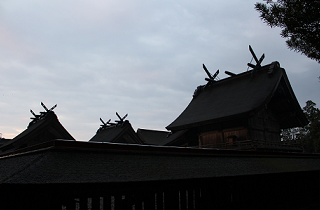 It was cold, but it was pleasant. I felt like standing up straight.

Usually, we bow twice, clap our hands twice and bow once again during our prayers. However, Izumo Taisha is different. Visitors bow twice, clap their hands four times and bow once again. We have to clap our hands more than usual! I thought this was for calling attention to the deities, “Please look at me! Please listen to me carefully!”
The mystery thickened, but I enjoyed visiting Izumo Taisha. 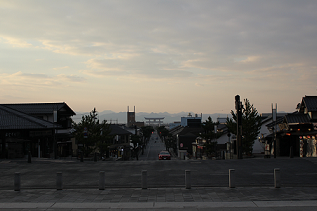 After making a prayer, we headed back to the inn.