An invitation to the historical buildings

October
4
Hazz
Culture, Tourism in Hiroshima
Comments Off on An invitation to the historical buildings

Hi, I’m Danny.  Rather ordinary, but I love historical buildings of the Meiji period, Taisho period and early Showa period. 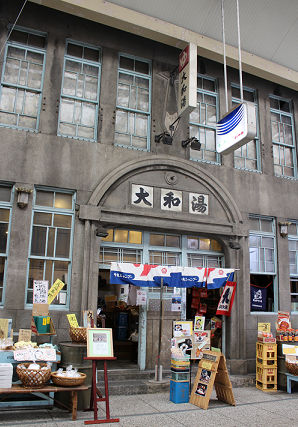 (This cafe is a renovation of a sento, public bathhouse.  You feel nostalgic for Showa period here.  It’s located in the arcade of Onomichi Shopping Street.  Formerly, the building was used as a sento called “Yamatoyu.”  The name of the cafe is “Yuyu.”  You can find it easily because of its nostalgic building!  Lockers and tiles of the sento still remain as they were, which is wonderful.  You can buy souvenirs of Onomichi here.  Location: 〒722-0035 1-3-20 Tsuchido Onomichi, Hiroshima)

Today, I’d like to introduce the tour of Former Bank of Japan Hiroshima Branch and the upcoming architecture tours.

Many of you might have seen the building of Former Bank of Japan Hiroshima Branch when you take the streetcars.  Yes, it’s that pleasant old building in the city.

The building survived the atomic bomb although it was only 350 meters away from the hypocenter….!

This represents how strong the walls were at that time.

The building was built in the early Showa period and it is classical-style.

The interior of the building is very modern.

I love this kind of building!!  I can’t contain my excitement!!

You can see teller windows in front of you as soon as you enter the building on the first floor.

I was filled with deep emotion when I imagined the bank tellers carried out their work.

The building has a high vaulted ceiling.

Personally, I had a negative image of a bank, so I was surprised to find out that the bank was well-lit.

Look at these posts.  Isn’t it nice?

Next, the basement floor. 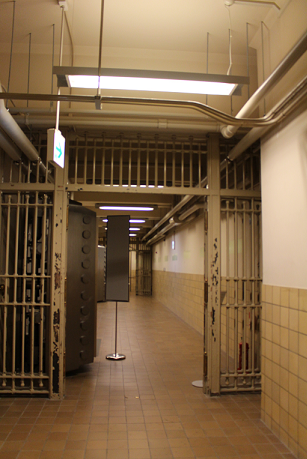 There are vaults at the back of the iron bars. 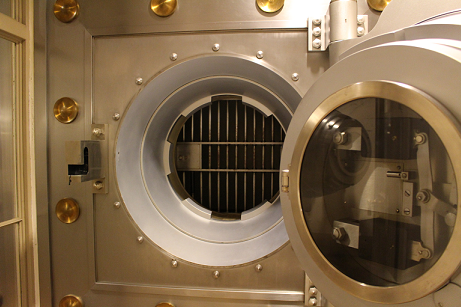 There is a branch manager’s room on the second floor.

I missed to see it, but there are scratches caused by the glass windows being blown in during the blast. 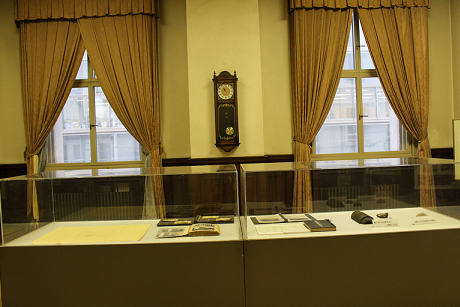 Since its admission is free, I totally thought that it’s a property of the city.  However, the building is still owned by the Bank of Japan.  The Bank of Japan lends it for free to the city of Hiroshima.  I hope it is preserved for a long time and more and more people visit here for the purpose of passing down the horrors of war to later generations and people who love historical buildings like me.

I found out that there are more historical buildings in Hiroshima.

However, it’s very difficult to look around by yourself because they’re ordinarily closed to the public or they’re the places where people study or pray…

I felt disappointed about this, but I’ve got the latest information!

There will be an event called “Tatemonogatari Festa 2017” from October 14th to November 12th.

This event is aimed at promoting attractive architectures both at home and abroad.

Furthermore, there will be architecture tours hosted by Architecture Walk Hiroshima and the city of Hiroshima on November 10th, 11th and 12th!  The tours visit not only historical buildings or national treasures, but also modern high-rise buildings.  You can enter the places where they are ordinarily closed to the public.

It’s very lucky to be able to take a guided tour inside the buildings where they are hidden in a veil of mystery.  If you are interested in this event, you should take part in it♪  (I may perhaps take part in it!)