My first snow experience in Japan 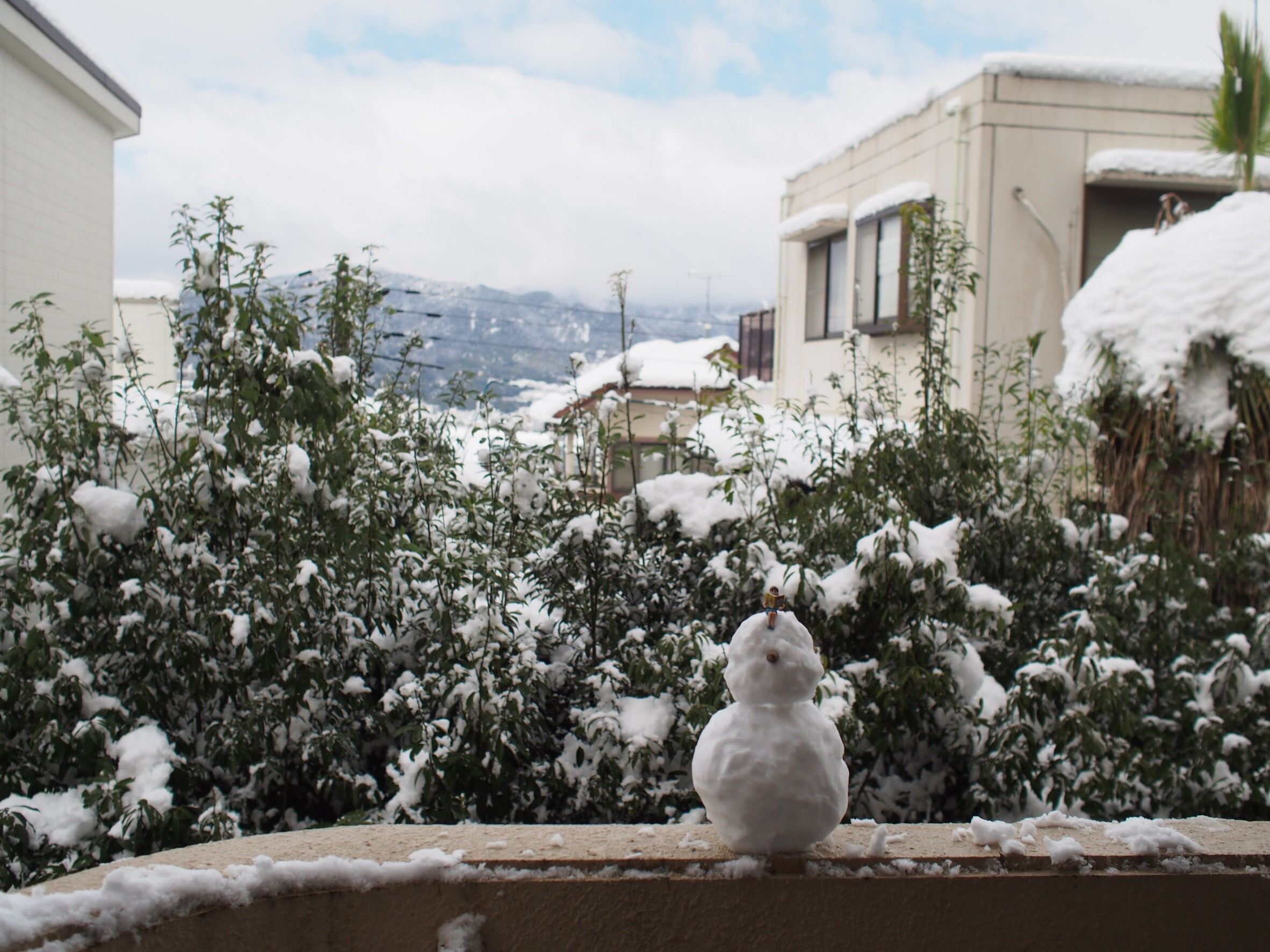 Hi, I’m YU. For this time, I’d like to write about my first snow experience in Japan.
I was so lucky that Hiroshima had the heaviest snow fall in 33 years!

“Does it snow in Taiwan?”
Yes, but it snows once or twice a year.
BUT!
You have to climb up the mountain over 3,000 meters above sea level to see the snow.  Every time it snows in Taiwan, it is picked up by a newspaper, on the TV and the Internet! Many people drive their cars all night to go to see the snow. 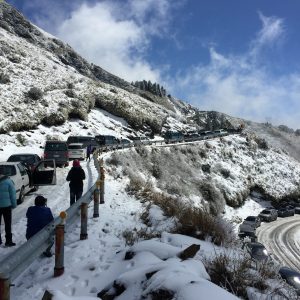 Hehuanshan was like this in March, 2016.  You have to go there in advance to see the snow falling. 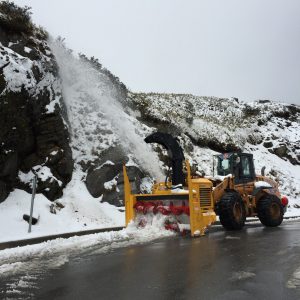 This is the only snow blower in Taiwan.  It starts working when it gets 5 centimeters of snow!
It is on the news and attracts many people’s attention!  (It seems like a national treasure.）
Most Taiwanese can’t imagine what the snow is like.
“Shaved ice” is the only thing that I can think of. (lol)
I looked at the snow, touched it and stepped on it in Japan.

I was genuinely touched by the snow and thought

“The Earth is wonderful!  Beautiful shaved ice is drifting down…!”

I enjoyed the many different aspects of the snow for 4 days. 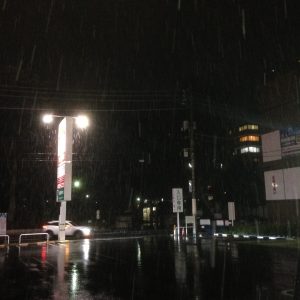 The white snow flew really fast.
I opened my mouth to catch the snow while riding my bicycle.
It was like shaved ice.  (lol)
It was wet snow, but I didn’t get wet.
I thought that my shoes definitely got wet if it was the normal rain. 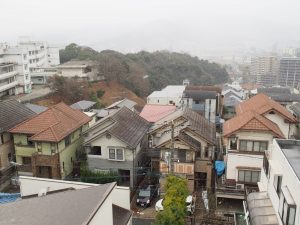 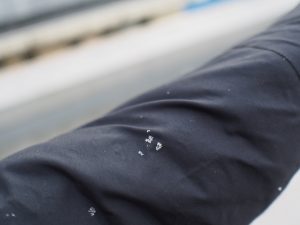 The soft snow flew the next day.
I live in Ushitashinmachi.
It is windy because the place where I live is close to the mountains.
The snow was blown by the wind. 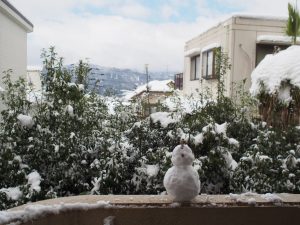 When I opened the door in the morning, it was a completely different world.
It was luxurious to see the snow-covered town from my bed.
I felt that I never got tired of watching the snow all day long.
The snow was light and it was like fresh shaved ice.
It fell apart at once when I touched it.
It was a surprise for me because I thought the snow was much harder.

I had to go to work in the afternoon on that day.  Before going to work, I asked myself.
“Do I have to take my umbrella?” “Do I have to put on my boots so that I won’t get wet in the snow?”
I was unable to make a quick decision.  But I think I made the right decision!  I put on my boots! 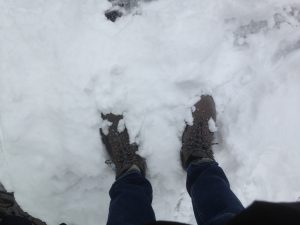 It was Sunday and there were children making a snowman in front of their house and throwing snowballs.  It was nothing special for Japanese people, but it was like a clip from a movie for me. 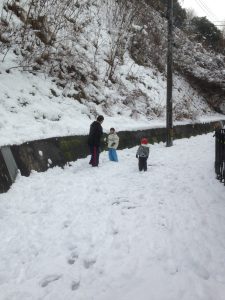 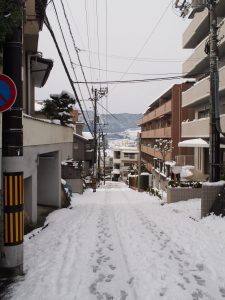 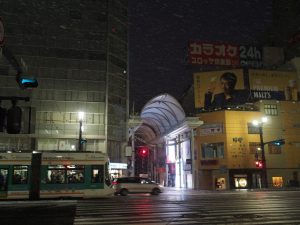 Hondori was like this at 6:30 in the morning.
The snow in Hiroshima city and Ushitashinmachi was slightly different.
It wasn’t windy and the snow flew slowly in Hiroshima city.
The morning sky of Hondori was dark and the streetlights were still on.
The snow flew between the buildings and on the ceiling of the arcade of Hondori.
The snow lit by the streetlights remains strong in my thought even now.
I thought this was the most beautiful snow ever.
I wish I had more time. 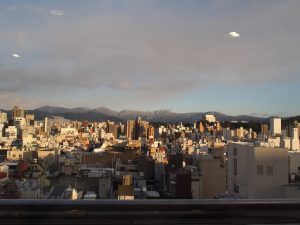 The sun rose in the afternoon of 16th,
so the snow went away completely in just two days.
I had the most incredible time in my life.
I thought the weather gradually changes from the snow to the clear and sunny sky like “snow => rain => cloudy => fine weather => clear and sunny,” but it wasn’t.
It was “snow => clear and sunny!”  I was surprised at the quickness of the change in weather.

There’s a saying that “weather affects your mood.”

I think this is true.
Normally, people are in a good mood when it’s sunny, right?
How do you feel when it’s snowing?