[Tourism]JUST HOW CLOSE ARE THE HOSTEL AND THE ATOMIC BOMB SITE? 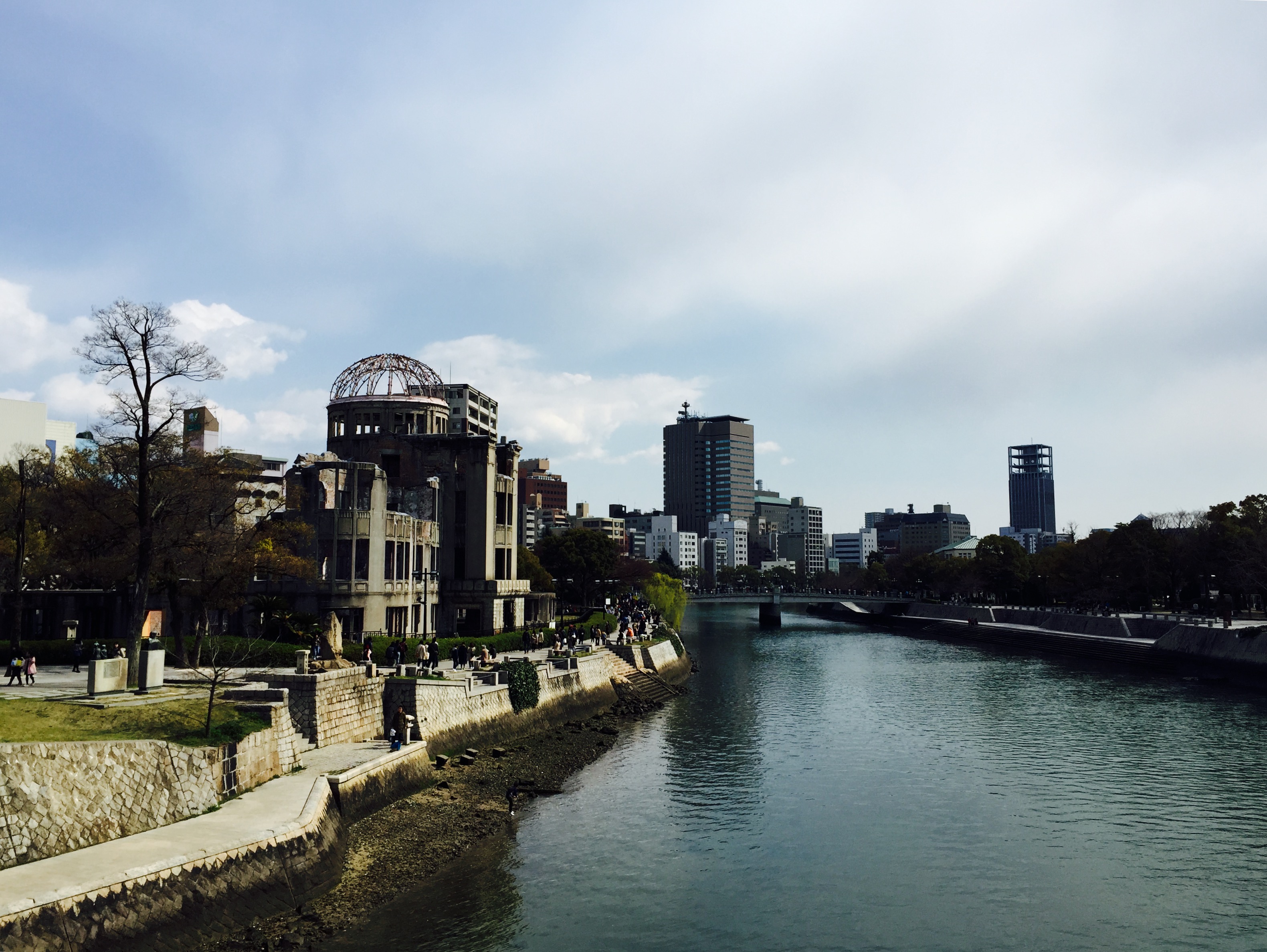 April
20
Hazz
Culture, Tourism in Hiroshima
Comments Off on [Tourism]JUST HOW CLOSE ARE THE HOSTEL AND THE ATOMIC BOMB SITE?

Hello! It’s the owner of the Evergreen Hostel, Hazuki!

The Atomic Bomb Dome, a place designated by UNESCO as a World Heritage site. It’s also a site that every tourist will check out, I think. Of course the name “atomic bomb dome” came after the bombing of Hiroshima, but before that it was originally known as Hiroshima Prefecture Products (bussan) Exhibition Hall when it opened. And apparently, at the time the bomb dropped, it was going by the name of Hiroshima Prefecture Industry Promotion Hall. The building was used as a place where venders within the prefecture could sell goods on commission or display their products. 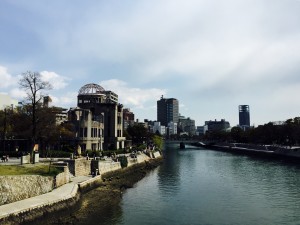 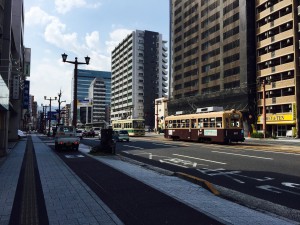 Today’s theme is talking about just how close the Dome is from the hostel.

…spoiler alert, it’s only 550 meters, or about 6 minutes on foot. If you take the Hiroden (the city street cars), it’s only one station away, so it’s actually faster to walk. So in other words, we’re the closest hostel to the Dome so far! 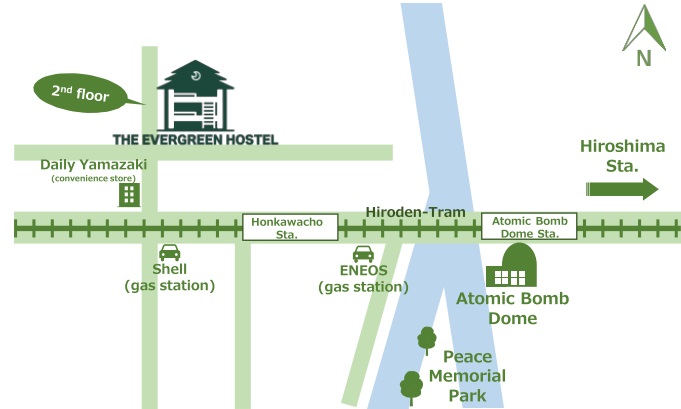 During the day you can see a lot of tourists around the Dome and Peace Park. People on tours, friends on vacation together, or backpackers. There really are all kinds of people around.
In the 70 years since the Dome has been bombed, it’s undergone reinforcement construction to make it resistant to earthquakes.
It’s estimated now, that the walls of the Dome would be able to stand up to a level six earthquake, but even then there’s still some risk of the building collapsing. The process of further reinforcing the already damaged parts of the building is an extremely difficult question even for the average person…. 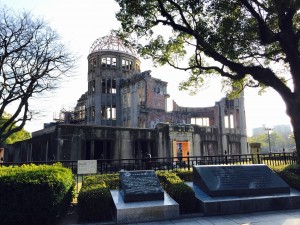 Construction on the Dome was supposed to have been finished in March of this year, but when they were digging in the area they recently discovered some floor pieces from the building’s Industry Promotion Hall days. Because of this, the construction was halted so they could do a proper excavation.

In addition to those chain of events, while the construction was being prolonged, it was decided that the G7 Summit would take place in Hiroshima for two days from April 10th. Foreign Ministers from countries with nuclear power, such as America, England, and France, are planning on coming to the site of the atomic bomb dropping for the first time ever, and visiting Peace Park and the memorial. While they’re there it seems they plan to pay their respects by presenting a flower offering at the monument. For the summit they are working hard to make sure that the Dome is clearly visible, and removed of all construction equipment.

Writing this now, I can clearly remember the very first time I visited Itsukushima Shrine after coming to Hiroshima. Because of the effects of a recent typhoon, the famous Torii gate was covered in a blue tarp and undergoing repairs. Even when I was taking pictures of the surrounding area, they still didn’t look that great because of the repairs. It was kind of a letdown. So, I hope that the construction on the Dome is able to finish in time!