My Road to Speaking English 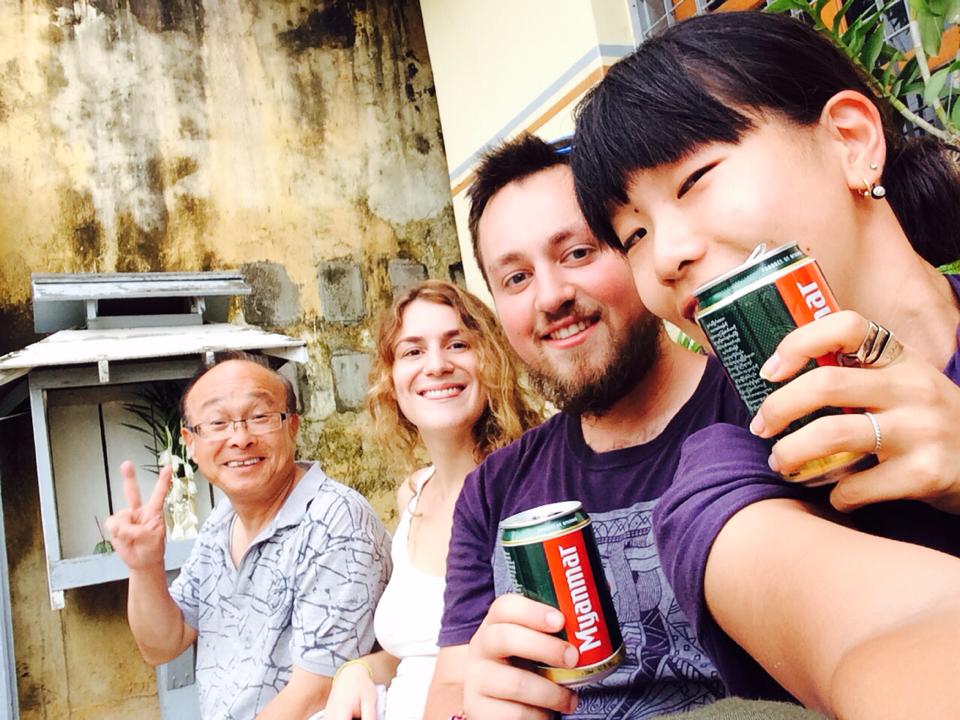 My Road to Speaking English

Hello. This is owner Hazz.

This blog post ended up longer than expected – TL;DR, it’s about the importance of becoming bolder.

Yesterday, joined by staff who arrived in June and August, I was having a conversation with our staff member Yūki, a fourth-year university student. When I asked him how he was experiencing work at the hostel, he answered that he was thoroughly enjoying it. I felt relieved.

Yūki is a Hiroshima native who has been taking a post-university break since April. Brimming with dedication, he decided to work as soon as he graduated in order to enroll in a fully self-financed language course in the Philippines. In the meantime, he studies English every single day at our hostel.

Yūki contacted us after having seen a poster I hung up at a university in Hiroshima Prefecture. (The poster was aimed at Japanese students and read something like “Why not do a long stay at our hostel and experience a mini exchange?”)

By the way, his English level is still at the beginner’s stage. He continuously rehearsed our check-in script, up to the point where he perfectly knows it by heart. When forced to come up with something in the spur of the moment, it still takes him some time. Of course, he’s already got tons of grammar and vocabulary in his head, but having to use it in a live conversation is something else (I know this feeling so well…).

However, according to what I heard, last weekend he met a Russian, they became friends and even went to Miyajima together! Up until now, he had never been able to mingle with foreigners, so this was a first. Apparently he was told not to use Google Translate with this person and he actually ended up wrestling through a whole day of conversation with him without any help! (That made me think that maybe, I should stop relying on translations too, one day… haha.)

This reminded me of my trip to Myanmar in the summer of 2014. Quite vividly, in fact. It was the first time I had stayed in a single country for a whole week – the ultimate backpacker experience. I am completely convinced that this trip was the turning point for my English speaking skills.

Honestly, until then, I was very poor at speaking English.

Precisely because I was the cramming type who put a whole lot of time and effort into studying for university tests or the TOEIC exam, I wanted to get every expression right, which caused a lot of stress, too lengthy moments of silence in between words, or even incoherent grammatical constructions. Because of this, I was never fully enjoying the conversations with the person in front of me.

Even though I did attend English-speaking meetings etc. during university, I couldn’t keep up with the speed of conversation at all… Instead, I was soaking in regret and self-disgust, so I inevitably didn’t go too often. I especially wasn’t mentally prepared to hold out a conversation with a Japanese person who was already fluent in English.

Nowadays, I laugh at the thought of how bad I was at it despite having scored over 900 (about the highest possible grade) on the TOEIC, but at the time, I couldn’t laugh about it at all.

In Yangon, central Myanmar, I spent a full day with Calvin Chong Koh Chee and Shawn Chen, who were stationed at their company’s Singapore office at the time and were on a business trip to Myanmar. As expected, both of them were proficient in English.

Together we enjoyed the views as we took the national loop line for an insanely long distance, stepping out once in a while to have lunch, walk, and treat ourselves to a massage. In the evening, we’d stop by some dodgy food stalls and have beers that were even cheaper than water, while we half-jokingly worried that we might destroy our stomachs. Such good times.

After I had met an American man on yet another insanely long train ride, this time to the Bagan archaeological site, the two of us stuck together during the entire visit. This was the first time ever for me to spend a whole day with a native English speaker, and I remember how much of a physical ánd psychological challenge it was for me to keep talking in English (plus, back then I traveled without internet, so I could not rely on any help for translations). 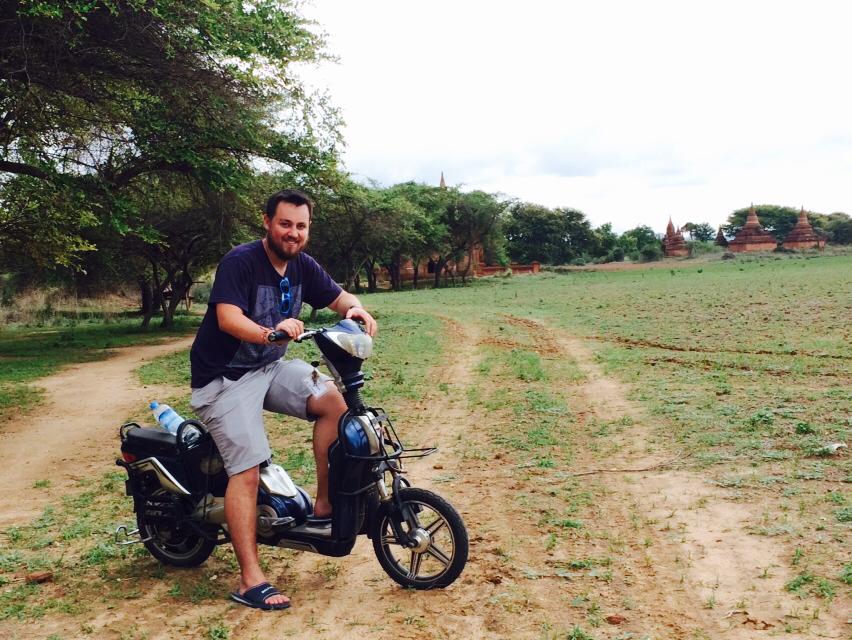 Even when a sudden burst of rain broke out and ditches overflowed to the point where we couldn’t continue our trip, or when we forgot the time while enjoying the sunset and found ourselves lost in the dark; in each of these particular situations, I naturally had to continue to converse in English.

In the evenings, I played cards with my four roommates in the Bagan hostel I stayed in. They came from all over the world. My level of understanding of the game was mediocre at best, but I somehow managed to join in.

During my stay in Myanmar, I had several ‘Degawa Moments’.

(*Japanese comedian Degawa Tetsurō features in a Japanese travel show, in which he somehow manages to magically establish conversations with foreigners, despite his poor English vocabulary and pronunciation.)

Connect your words no matter what. Never let the conversation pause for too long. Say what you want to say… This is why I cannot laugh at Degawa, who once referred to the Statue of Liberty as the “Free Woman” and “that white, big doll”.

During my one-week stay in Myanmar, rather than not being ashamed for the things I could not manage to say in English, I just didn’t have any time to think that way. There was no time to think about my mistakes.

I dare to say, on this trip, I felt finally liberated.

As soon as those worries were gone, I felt fine with everything.

First of all, I became completely unreserved when interacting with people in any hostel’s common room. I no longer felt the urge to run away and hide whenever an English conversation suddenly started.

Also, I gained the confidence to keep talking my own level of English, even in the presence of a Japanese person who is fluent. After all, English is a tool for communication, so letting such trivial things spoil the fun of a conversation is just too much of a pity. I finally understand this now.

I met the American with whom I visited the Bagan site again in Tokyo, and I also got reunited with Calvin and Shawn whom I’d met in Yangon. We later visited Singapore and Hong Kong together.

The world is big, and small at the same time.

Courage and a smile are more important than how much you studied a certain language (as I’ve written on our recruitment page).

In case of failure, just start over.

This motto has led me to where I am now.

Whether our staff member Yūki has come to the same level of enlightenment and liberation, I don’t know, but I do think that his trip to Miyajima with the Russian guest has been a turning point. I want him to converse with gestures if needed, and for him to say what he wants to say with the words he can think of, and I wish him many, many more Degawa Moments!